The Beauty Queen of Leenane: some lovely reviews 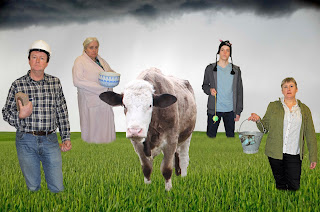 The show opened on Thursday 31 March and has been greeted by several generous and highly appreciative reviews already.

"Saw a wonderful play at the Sewell Barn last night. Great performances. I mean great! Well done Gilly, Mandy, Christopher and Matt. Make an effort to see it. Great achievement by Team Montague! (The) Beauty Queen of Leenane. See it!"

"Please go and see this. Easily one of my favourite things I have seen at the Sewell Barn."

[to the Director]: "You clever, clever girl. It is a wonderful production, great set, wonderful cast, and seamless direction.

Gilly was exceptionally good. She has such a presence on stage. Conniving, fearful, malicious and totally believable. I loved her!

Mandy gave such a heartfelt performance. I so wanted it to end happily for her, but knew in my heart that it wouldn't. Please congratulate her for me.

Christopher Whitley, who is new to me, was lovely. I don't know if he is Irish, but he looked Irish. Soft, gentle and lovable. They would have been so happy!

Matt was funny and real, playing out of his comfort zone. A fine performance, Matt.

[to the Sewell Barn]: "Spot on performances last night, Sewell Barn company. Lovely use of the space too. We all enjoyed it very much. 3 peeps had never been to SB before but they will defo be back. They couldn't believe the fab standard of production. I was blasé "Oh it's always great here" and I wasn't telling porkies. Thanks SB for keeping really good theatre alive in Norwich."

And finally, a detailed and appreciative view from member Rob Fradley-Wilde:

"On a set so superb that, hours later, one seems to remember the smells of damp and peat smoke [and of course a certain other aroma], which weren't [I trust!] really present, four good actors gave us a grand interpretation of this not exactly profound but definitely rewarding and deservedly famous modern play.

Gill Tichborne's huge competence made a lovely meal of the selfish and cunning Mag, in strife against her disappointed daughter. Mag struck up in us a very happy though slightly horrified fondness, from the word 'go' – if I may put it that way. Maureen was played by Mandy Kiley with the consummate skill and, I want to say, a kind of fluidity, that enables this actress to so often completely become her character, and in this specific case, to play so believably with the movements of its fragile struggling mind. Another immaculate performance came from Christopher Whitley, very natural and true; what I shall always think of now as the ladder soliloquy moved everyone in the theatre. Indeed, I don't know if it has happened on other nights, but each of the play's scenes ended with spontaneous applause. Whitley's character might just have been a tiny bit too decent, bearing in mind the short time between the letter [definitely not imagined, as the railway station was] and his transatlantic engagement – though he was of course on a sort of rebound. The fourth cast member, Matt Rolls, convinced us admirably as the restless younger brother full of childish and provincial enmities, whose weakness precipitated the tragedies.

Irish accents varying from adequate to excellent; a really full house would have softened the accoustic and perhaps given some of the more dynamic passages a better precision to the ear. Nothing else at all to demur at. Ably and I think cleverly directed by Michelle Montague, this was one of those events where the definitions of amateur and professional overlap and blur into meaninglessness.
A few more performances still. Go if you can, for a very worthwhile and most enjoyable experience. [If for nothing else, it will gladden your heart to witness the strike to the vitals of the Health and Safety movement, delivered by that unsecured ladder and that unfenced platform!] Seriously, though - Thank you, everyone involved at the Sewell Barn, for such continuing excellence." 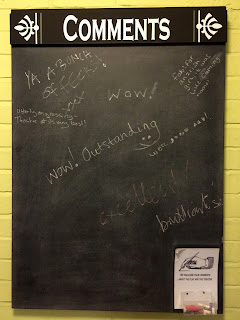